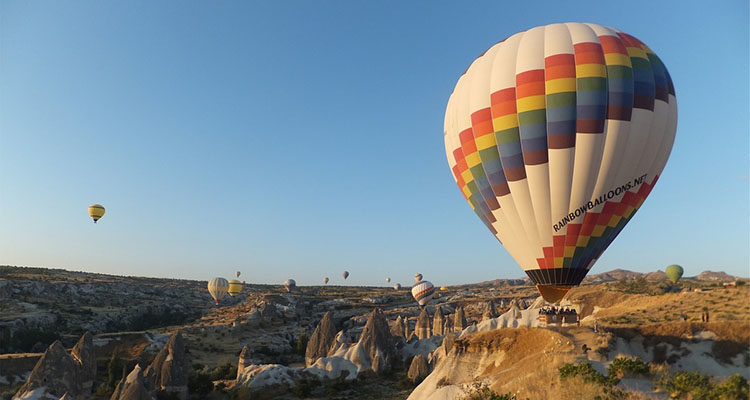 The hot air balloon is the first successful human-carrying flight technology. The first untethered manned hot air balloon flight was performed by Jean-François Pilâtre de Rozier and François Laurent d’Arlandes on November 21, 1783, in Paris, France, in a balloon created by the Montgolfier brothers. The first hot-air balloon flown in the United States was launched from the Walnut Street Jail in Philadelphia on January 9, 1793 by the French aeronaut Jean Pierre Blanchard. Hot air balloons that can be propelled through the air rather than simply drifting with the wind are known as thermal airships.

“The gladdest moment in human life, me thinks, is a departure into unknown lands.” – Sir Richard Burton

The brothers Joseph-Ralf and Jacques-Étienne Montgolfier developed a hot air balloon in Annonay, Ardeche, France, and demonstrated it publicly on September 19, 1783, making an unmanned flight lasting 10 minutes. After experimenting with unmanned balloons and flights with animals, the first balloon flight with humans aboard, a tethered flight, performed on or around October 15, 1783, by Étienne de Montgolfier who made at least one tethered flight from the yard of the Reveillon workshop in the Faubourg Saint-Antoine. Later that same day, Pilatre de Rozier became the second human to ascend into the air, reaching an altitude of 24 m (79 ft), the length of the tether. The first free flight with human passengers was made a few weeks later, on November 21, 1783. Modern hot air balloons, with an onboard heat source, were developed by Ed Yost.

The longest duration record was set by Swiss psychiatrist Bertrand Piccard, Auguste Piccard’s grandson; and Briton Brian Jones, flying in the Breitling Orbiter 3. It was the first nonstop trip around the world by balloon. The balloon left Château-d’Oex, Switzerland, on March 1, 1999, and landed at 1:02 a.m. on March 21 in the Egyptian desert 300 miles south of Cairo. The two men exceeded distance, endurance, and time records, traveling 19 days, 21 hours, and 55 minutes. Steve Fossett exceeded the record for briefest time traveling around the world on 3 July 2002.